Patrick Murphy, curator of Made North Gallery, invited Neubau to contribute a road sign for the exhibition at Design Museum celebrating the ‘50th Anniversary of British Road Sign’ during London Design Festival.

Synopsis of contribution:
50 years ago a typical British Road Sign appeared in the streets of post-war Berlin defining the occupied zones of the Allies. During the ‘cold war’ these road signs remained in function even after the Berlin wall was built in 1961. West-Berlin became a walled-in island. Until 1989 these signs were a permanent reminder that the city of Berlin was divided and people’s lifes were actually endangered if they would leave their sector.

‘Cold-War-Ready-Made’ Replaced
By sending this ‘cold-war-ready-made’ back to Great Britain and having it pop-up somewhere randomly in London’s daily life and traffic, will hopefully provoke highly relevant questions about the modern Europe we live in and how contemporary the sign still is today. 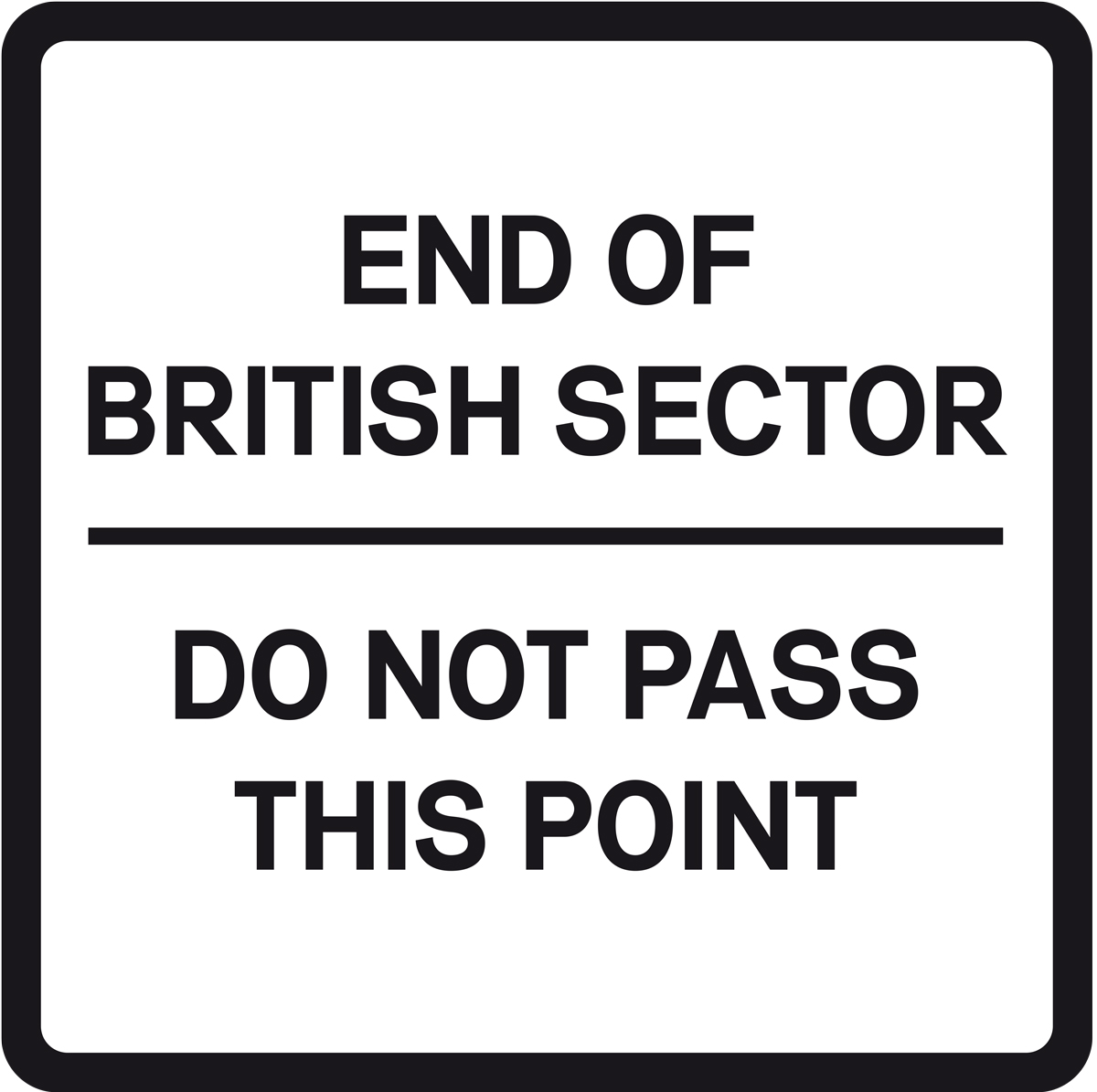 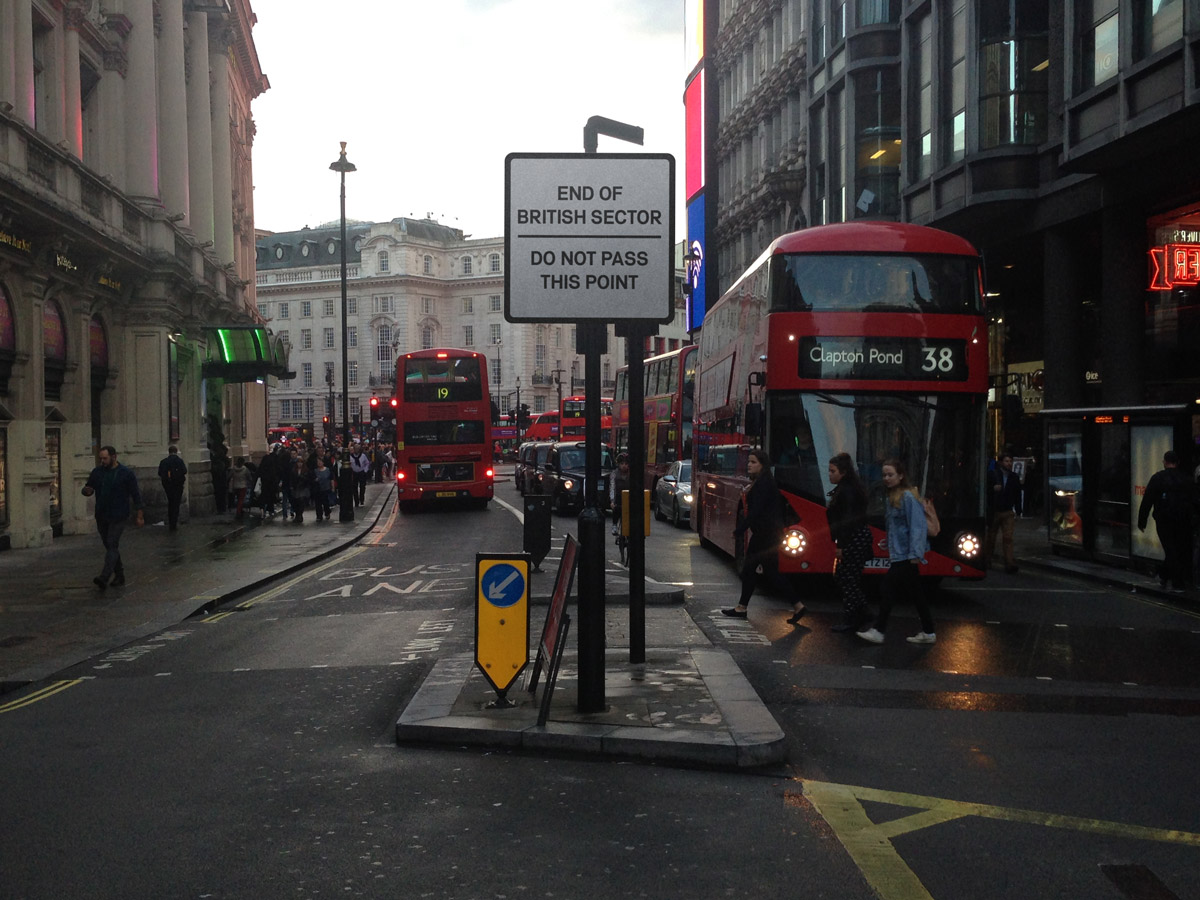 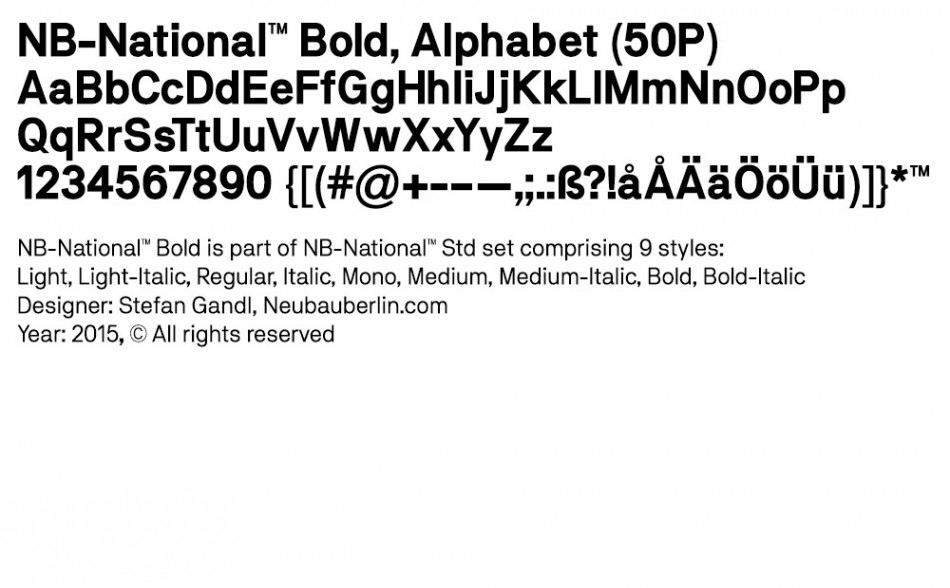 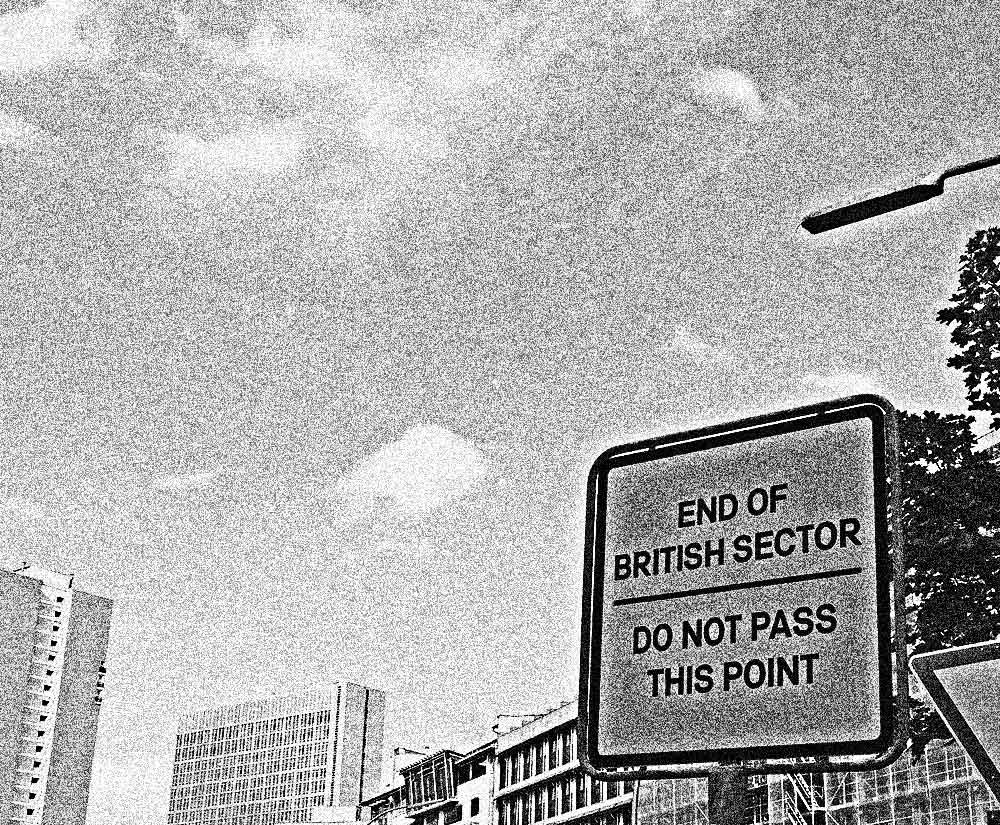