Weiss served a three-year apprenticeship as a joiner, and two years as an intern at an architectural office before receiving a training in industrial design at the HfG Ulm, 1955 – 1959. In the summer before his graduation, he practiced in the architectural department at Braun, and was subsequently invited by Artur Braun to join the company.

From his graduation in 1959, Weiss worked as the firm’s first formally trained industrial designer. In 1962 the Braun Design Department was established, and from that date until his resignation in 1967 Weiss served as its Deputy Head with particular responsibility for household appliances and personal care products. Later, in 1964, the New Products division was formed, for which Weiss supplied the first concepts and preliminary designs.

Following his tenure at Braun, Weiss served for four years as Executive Designer and Vice President of Unimark International, working from the corporation’s Chicago headquarters. In 1971 Weiss formed his own design consultancy, reinhold weiss design incorporated, also based in Chicago, which he directed as President until 2006. The greater part of his work was undertaken in the area of consumer electronics, particularly audio and video products, for companies such as Proton, NAD, Panasonic, Blaupunkt, AMC and AR (Acoustic Research). 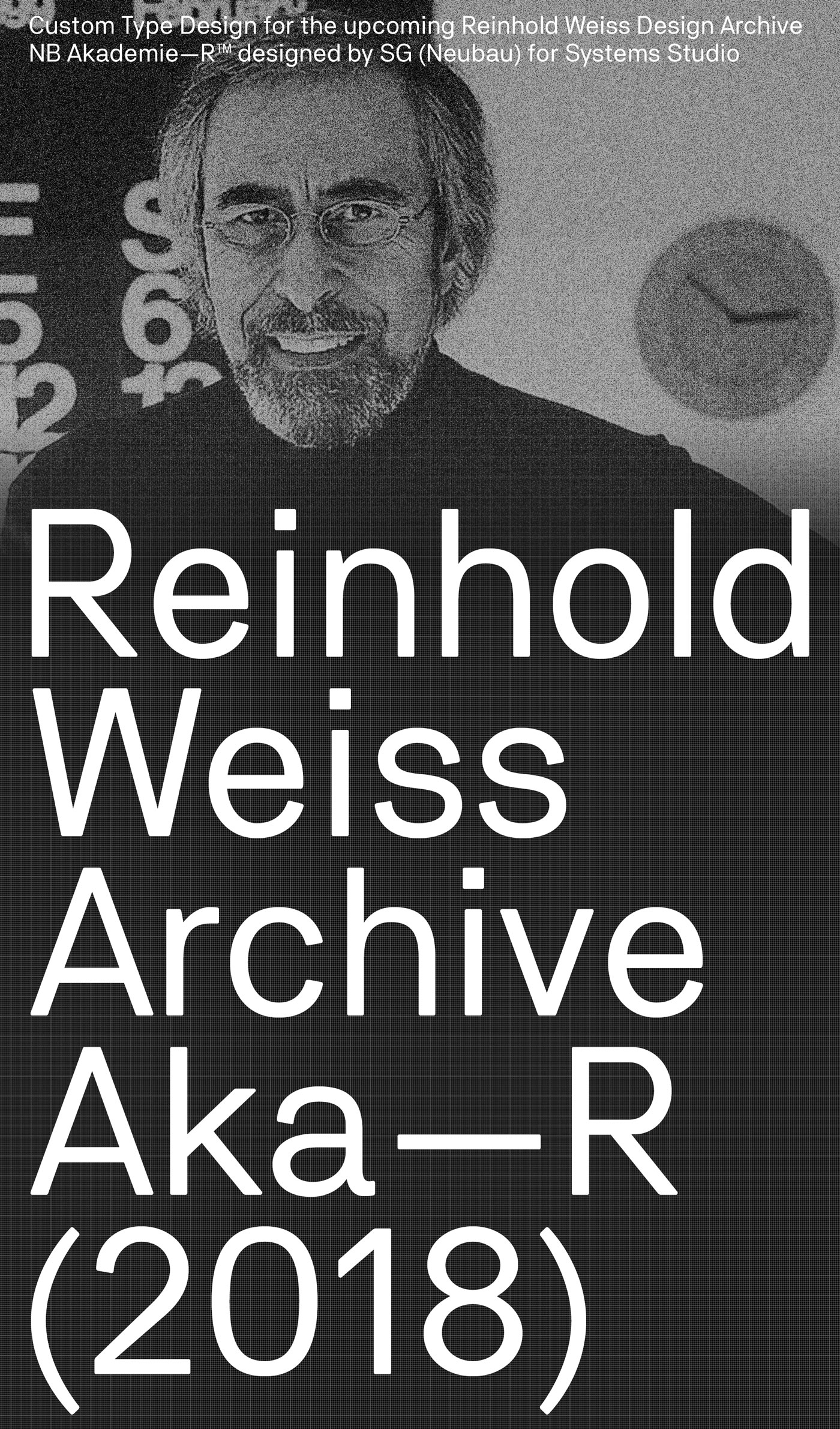