NB Architekt™ pays tribute to typefaces used on architectural construction plans during the ‘Letraset’ era. The typeface is a classic modern monoline monospace which was originally designed by S. Gandl for the Neubau studio in 2002 and named ‘NB55MS™’. A rounded version named ‘NB55RMS™’ was globally released with Neubau’s ‘Neubau Welt Catalogue’ publication in 2005. ‘NB45RMS™’ represented a thinner version of NB55MS™ and was released with ‘Neubau Modul Catalogue’ in 2007. 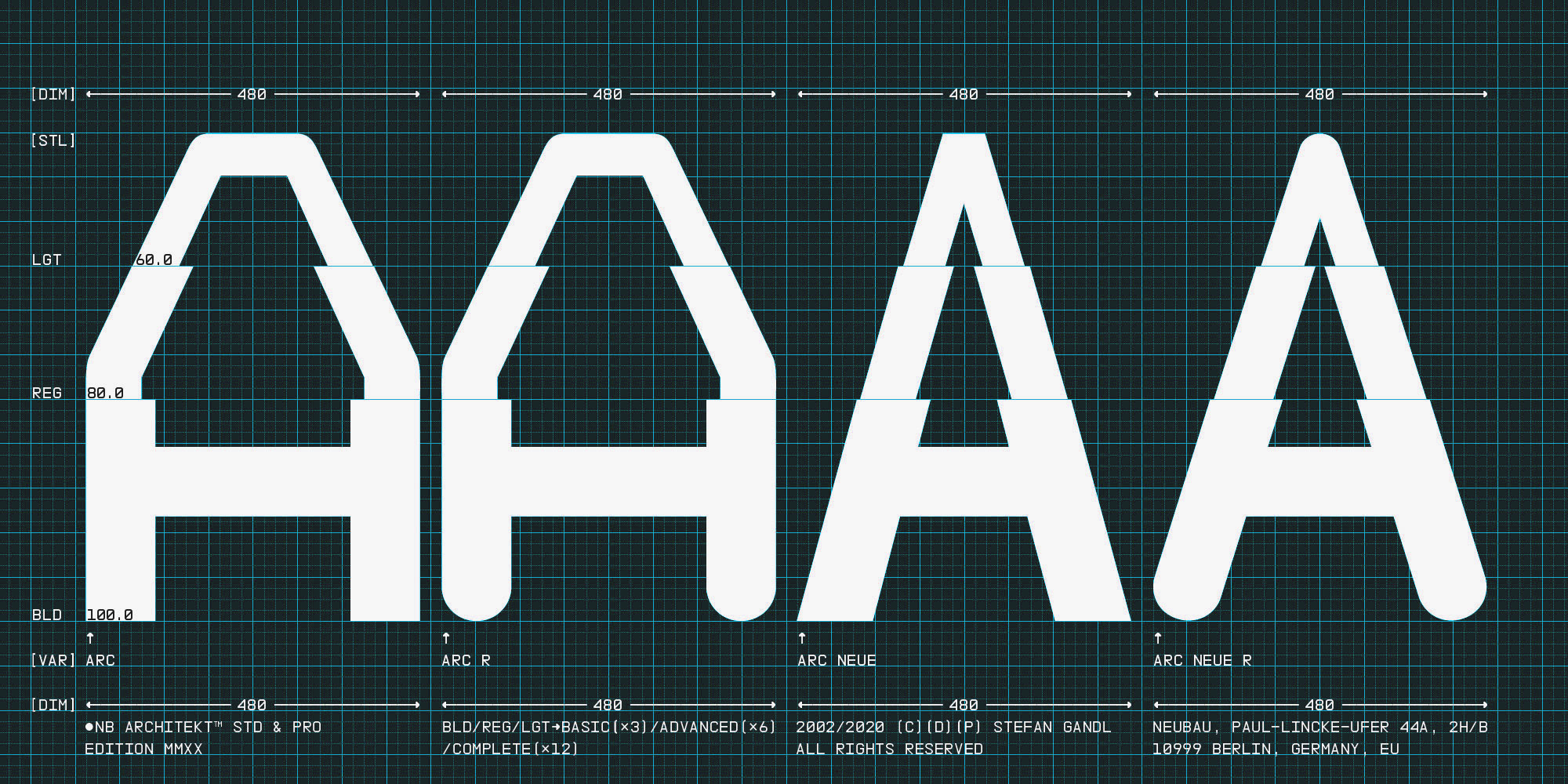 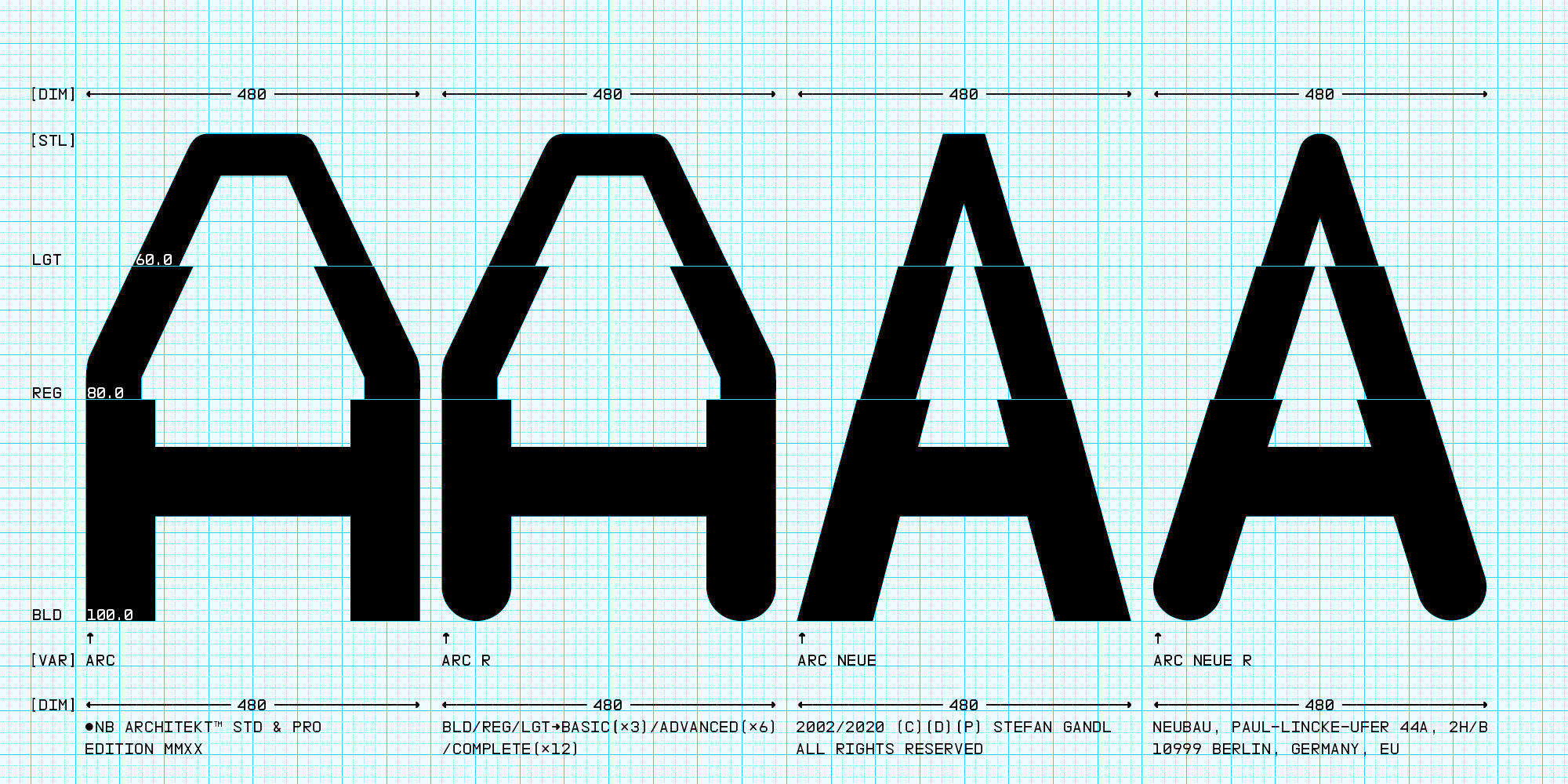