In 1917 Gerrit Rietveld invented his legendary chair that became known as the ‘Red and Blue Chair’ after it was painted in primary colours in the 20ies. Rietvelds’ chair represents one of the first explorations by the ‘De Stijl’ art movement in three dimensions.

After after being invited by Wim Crouwel to sit on one of his original Rietveld ‘Red and Blue’ chairs, Stefan Gandl designed a tribute typeface named NB-Rietveld™ in 2008. The typeface is based on a rigid 9 × 9 grid interpreting the overall look and simplicity of the chair’s construction elements. The poster in the size of A0 commemorates both designs by playing with the chair’s short term ‘rbc’ and the accronym for alphabet ‘abc’ set in NB-Rietveld™ as the poster’s main design element. 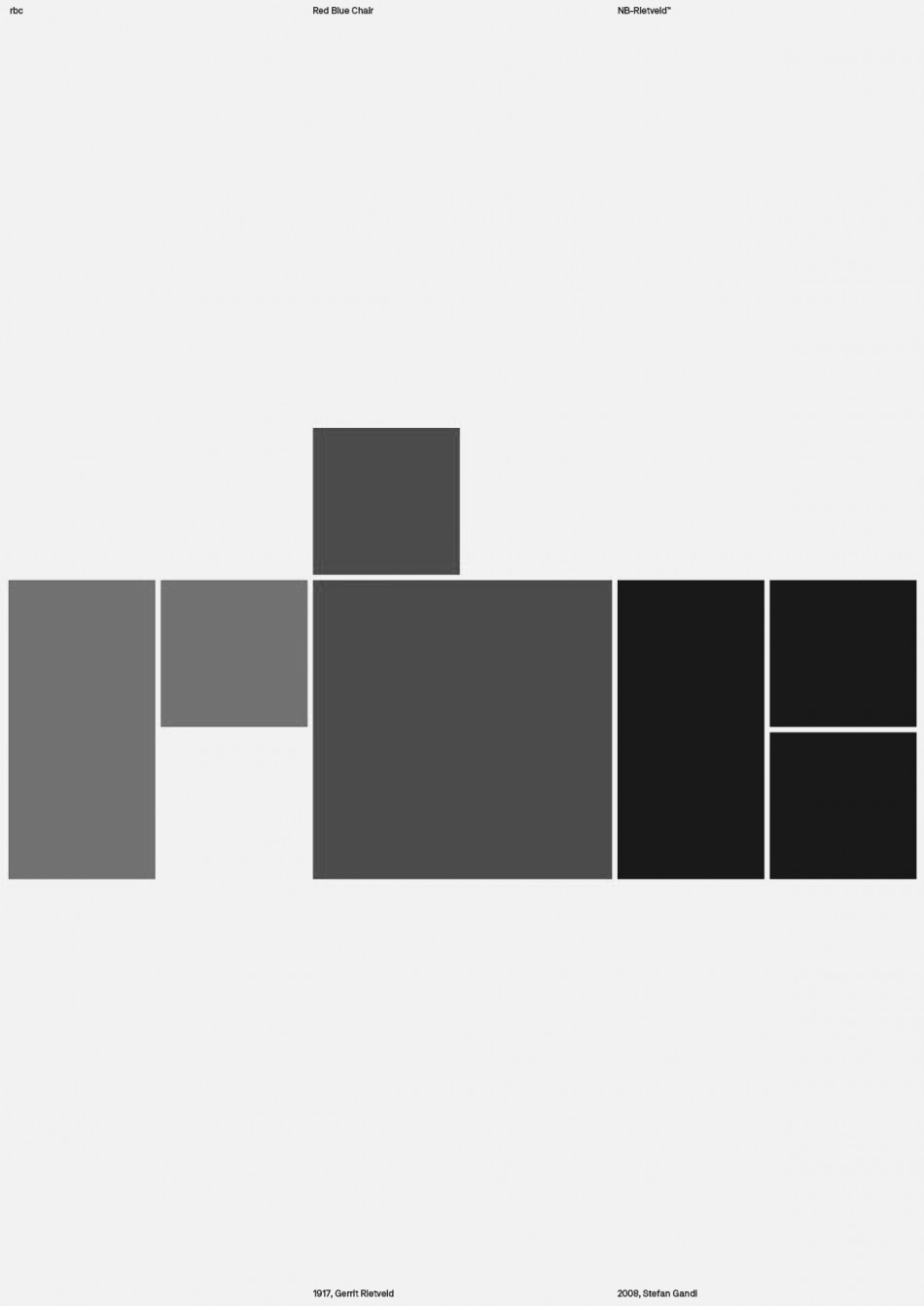 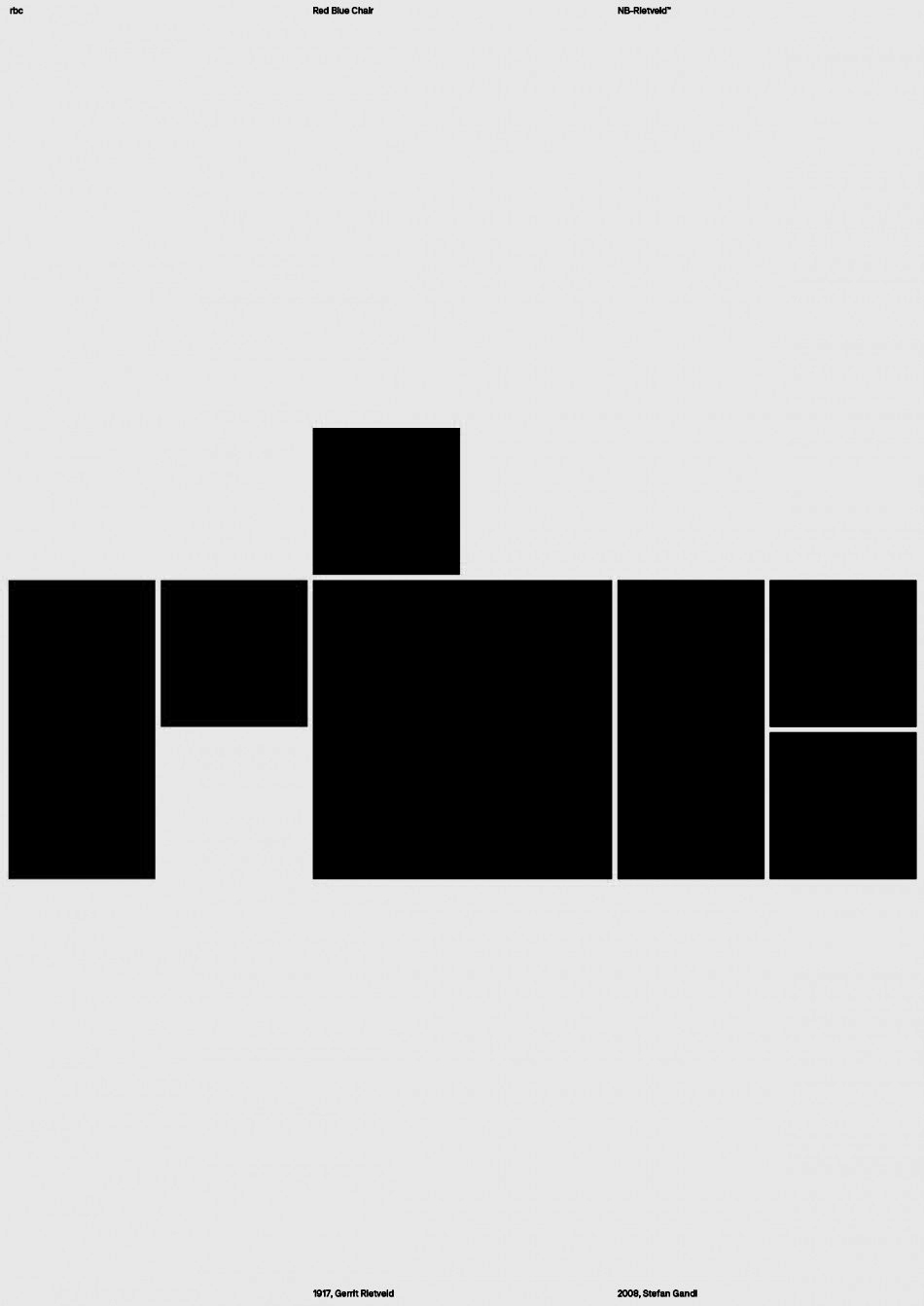 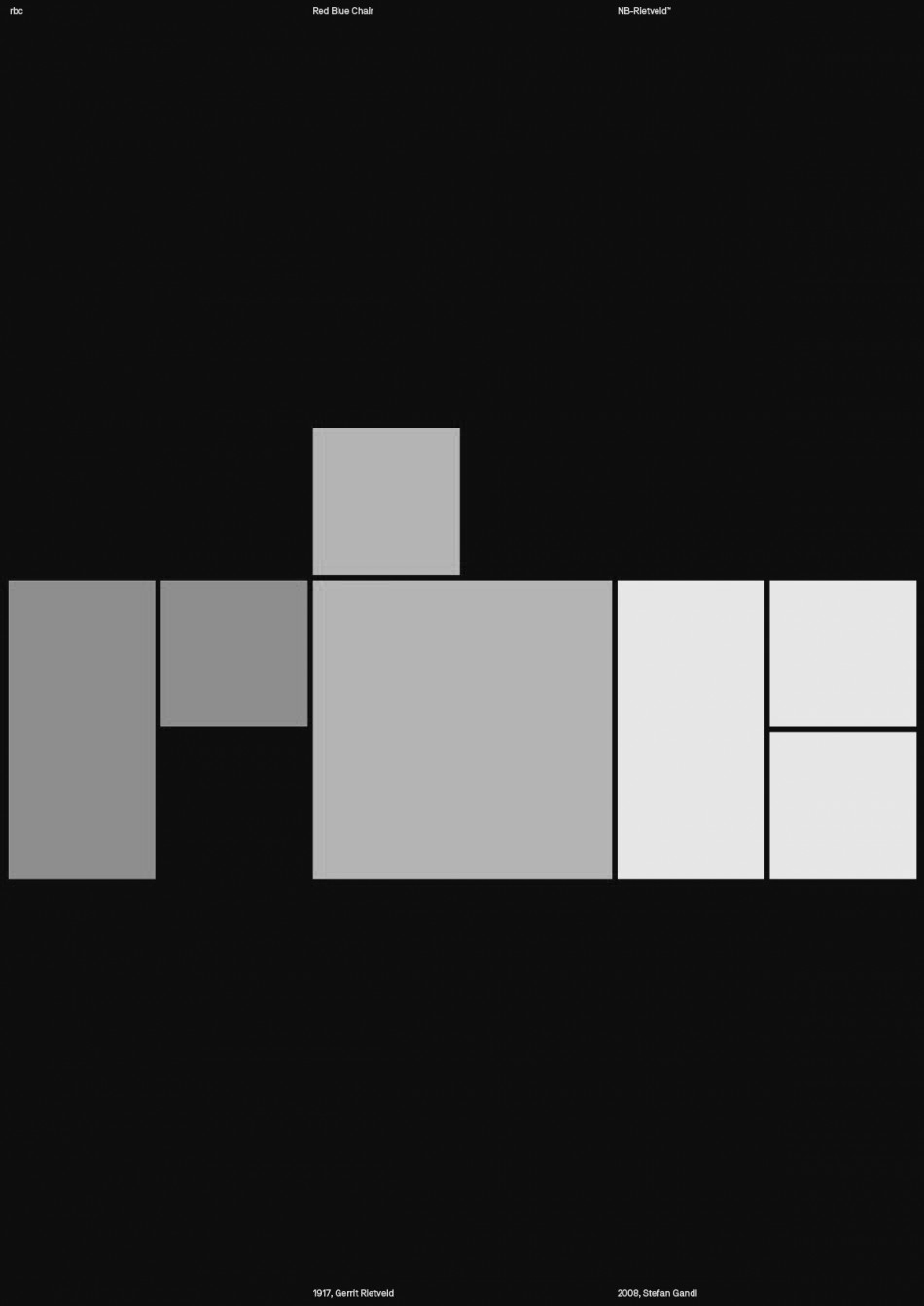